The prehistoric cave of Foissac, 1.5 km south of the village of the same name, is located on a limestone plateau overlooking the Lot valley. Its entrance is on the edge of the Causse du Quercy.


« I have always had the exceptional chance of working in a remarkable environment, the underground environment, where the visitor enters into communion, he crosses an extraordinary environment and will be as if hypnotized by this moving encounter with prehistoric man. I will give him elements that will allow him to travel in time. The main thing is to feel that you are living this adventure. This feeling is essential for me. This is why I have been guiding for almost 25 years in the cave of Foissac. » 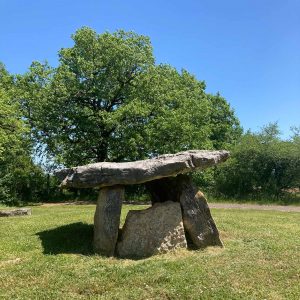 The limestone plateau of Foissac is dotted with many prehistoric remains, dolmens, which testify to an intense primitive life. 5000 years ago, at the end of the Neolithic period, men called “the Chalcolithics” entered this cave. They invested it, fitted it out, they lived there. Shortly after their passage, rockslides occurred and completely obstructed the entrance, putting a real seal on these places.
The Foissac cave was opened to the public in 1973 and classified as a historic monument in 1978.
In 1959, Mr. Abel Pailhasse, owner-farmer, asked Villefrancois speleologists to clear a rocky embankment, which attracted the attention of passers-by by a release of smoke which was none other than condensation vapor coming from a network underground. Its first name was thus “the smoking hole”.

Research was carried out in the following years until the discovery of a narrow gallery, dug by the Jonquière river.

It was in 1965 that the team of Capdenacois speleologists discovered the part of the cavity now open to the public: the gallery at the far upstream end of the network where many remains are present.

Subsequently, development work was carried out to constitute a remarkable underground museum. The Foissac cave was opened to the public in 1973 and classified as a historic monument in 1978.

From the 80s to the 90s, François Rouzeaud (+) and his team carried out the programmed excavation of the Chalcolithic part. A few years later in 1998, he died suddenly during an internship as a scientific team member at the top of the pottery room, which later became the François Rouzeaud room.

In 2006, Alain and Sébastien du Fayet de la Tour discovered paintings and engravings from the Upper Palaeolithic. Philippe Bertochio crossed the first downstream siphon and Thomas Delpech the second downstream siphon in 2016 and made a beautiful exposed discovery (to be continued).

From 2020 to 2022, under the direction of Yannick le Guillou, an inventory prospecting campaign of the Foissac network is launched with a direct dating program on all the periods of occupation highlighted. 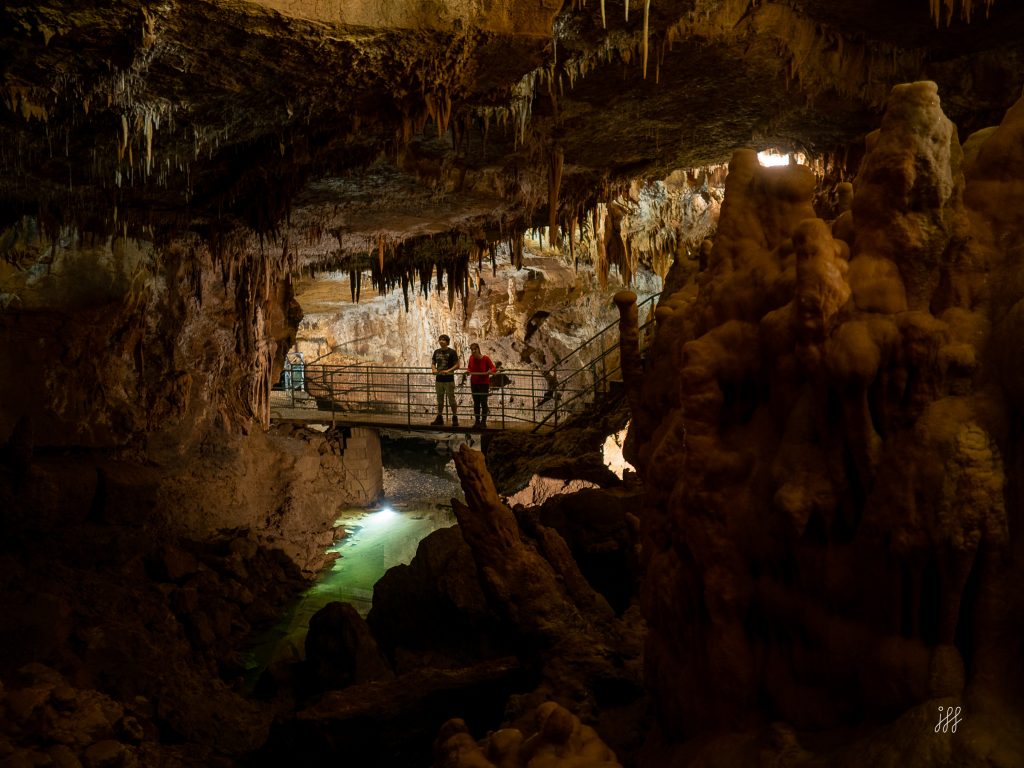 The prehistoric cave of Foissac, 1.5 km south of the village of the same name, is located on a limestone plateau overlooking the Lot valley. Its entrance is on the edge of the Causse du Quercy.

Head of an active hydrogeological network explored, to date, over more than 10 km, the part developed for tourism is isolated from the other galleries by impenetrable scree. The most important objects have been preserved at the place of their discovery.

We invite you to discover in our presence an exceptional mineralogy and feel the emotion that the explorers felt at the sight of the first vestiges of the prehistoric occupation. The presence of human footprints, animal bones, pottery and burials gave rise to an on-site study by a multidisciplinary scientific team.

The collapse of the cave’s prehistoric porch, nearly 5,000 years ago, allowed exceptional preservation of the underground facilities and numerous archaeological objects. For this reason, the cave can be likened to an underground archaeological museum where the remains are preserved in the context of their discovery.

During a little over an hour of visit, the guide will familiarize you with these notions of geology, mineralogy and archeology which will allow you to understand the site to better appreciate its beauty. After descending about ten meters to the basement, you travel nearly 400m underground, and discover an exceptional mineralogy developing in a succession of vast rooms with sometimes unique concretion (calcite bubbles, eccentrics…).

have a nice visit

We use cookies on our website to give you the most relevant experience by remembering your preferences and repeat visits. By clicking “Accept All”, you consent to the use of ALL the cookies. However, you may visit "Settings" to provide a controlled consent.
SettingsAccept All Reject All
Manage consent

This website uses cookies to improve your experience while you navigate through the website. Out of these, the cookies that are categorized as necessary are stored on your browser as they are essential for the working of basic functionalities of the website. We also use third-party cookies that help us analyze and understand how you use this website. These cookies will be stored in your browser only with your consent. You also have the option to opt-out of these cookies. But opting out of some of these cookies may affect your browsing experience.
SAVE & ACCEPT